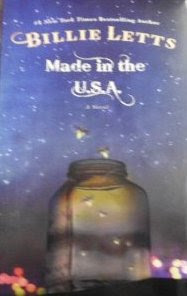 The bestselling author of WHERE THE HEART IS returns with a heartrending tale of two children in search of a place to call home. Lutie McFee's history has taught her to avoid attachments...to people, to places, and to almost everything. With her mother long dead and her father long gone to find his fortune in Las Vegas, 15-year-old Lutie lives in the god-forsaken town of Spearfish, South Dakota with her twelve-year-old brother, Fate, and Floy Satterfield, the 300-pound ex-girlfriend of her father. While Lutie shoplifts for kicks, Fate spends most of his time reading, watching weird TV shows and worrying about global warming and the endangerment of pandas. As if their life is not dismal enough, one day, while shopping in their local Wal-Mart, Floy keels over and the two motherless kids are suddenly faced with the choice of becoming wards of the state or hightailing it out of town in Floy's old Pontiac. Choosing the latter, they head off to Las Vegas in search of a father who has no known address, no phone number and, clearly, no interest in the kids he left behind.MADE IN THE U.S.A. is the alternately heartbreaking and life-affirming story of two gutsy children who must discover how cruel, unfair and frightening the world is before they come to a place they can finally call home 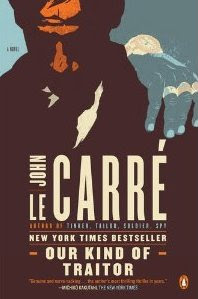 The highly anticipated Penguin debut by John le Carre, "one of the most intelligent and entertaining writers working today" (Chicago Tribune)
In this new, exquisitely told novel, John le Carré shows us once again his acute understanding of the world we live in and where power really lies. In the wake of the collapse of Lehman Brothers and with Britain on the brink of economic ruin, a young English couple become helpless pawns in a game of nations that reveals the unholy alliances between the Russian mafia, the city of London, the government, and the competing factions of the British Secret Service. 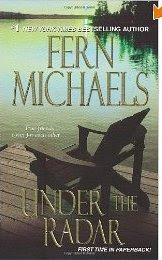 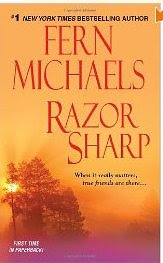 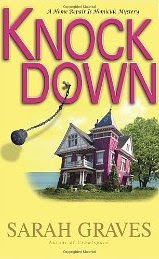 They say you can’t go home again—and when it comes to someone with an old score to settle, sometimes you’d better not. That’s what Jacobia “Jake” Tiptree discovers when the past she thought she’d laid to rest comes calling at her lovingly restored 1823 Federal-style house in Eastport, Maine. Unfortunately, her old life and her new one are about to collide with deadly consequences. . . . Jake is deep in her latest home improvement project—repainting a porch—when she notices the man repeatedly biking past her house. His face is unsettlingly familiar, but his chilling message seems inexplicable: Blood shows up again. Murder will out.If it’s a prank, it’s an ugly one, and so is the anonymous email warning her to beware the Fourth of July—just two days away. Back in her days as a hotshot financial manager she did business with plenty of shady characters, but she’s still baffled as to the identity of her nemesis—until she receives a photo of a murdered man. Now Jake knows what—and whom—she’s up against. But knowing her enemy is no guarantee that she can escape the grim payoff he has in store for her. From home invasion to kidnapping, this twisted killer is slowly but surely plotting a knockdown with not just Jake but the entire town of Eastport at its explosive center. And no one can predict when or where the shockingly deadly finale will occur. 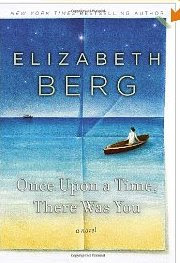 From the beloved New York Times bestselling author of Home Safe and The Last Time I Saw You comes a beautiful and moving novel about a man and woman, long divorced, who rediscover the power of love and family in the midst of an unthinkable crisis. Even on their wedding day, John and Irene sensed that they were about to make a mistake. Years later, divorced, dating other people, and living in different parts of the country, they seem to have nothing in common—nothing except the most important person in each of their lives: Sadie, their spirited eighteen-year-old daughter. Feeling smothered by Irene and distanced from John, Sadie is growing more and more attached to her new boyfriend, Ron.When tragedy strikes, Irene and John come together to support the daughter they love so dearly. What takes longer is to remember how they really feel about each other. Elizabeth Berg has once again created characters who embody the many shades of the human spirit. Reading Berg’s fiction allows us to reflect on our deepest emotions, and her gifts as a writer make Once Upon a Time, There Was You a wonderful novel about the power of love, the unshakeable bonds of family, and the beauty of second chances.