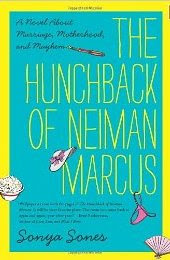 My name is Holly.
This story is about me—
a writer who's way behind
on her deadline.

But, honestly,
how can I concentrate on my work
when my fiftieth birthday's
rushing at me like a freight train,
my hormones are making me feel
like a Szechuan flambÉ,
and my eighty-year-old mother's
biting her nurses?

Not to mention the fact
that my daughter's
just begun applying to colleges
(none of which are
within a thousand-mile radius of home),

and lately my husband's
been such an irritating,
finger-pointing stinker
that I've found myself
dreaming of ways
to spend his insurance money . . .

My name is Holly.
This book tells my story—
a coming-of-middle-age story. 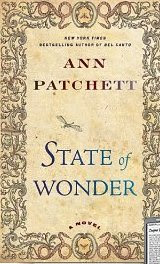 Ann Patchett has dazzled readers with her award-winning books, including The Magician's Assistant and the New York Times bestselling Bel Canto. Now she raises the bar with State of Wonder, a provocative and ambitious novel set deep in the Amazon jungle.
Dr. Marina Singh, a research scientist with a Minnesota pharmaceutical company, is sent to Brazil to track down her former mentor, Dr. Annick Swenson, who seems to have all but disappeared in the Amazon while working on what is destined to be an extremely valuable new drug, the development of which has already cost the company a fortune. Nothing about Marina's assignment is easy: not only does no one know where Dr. Swenson is, but the last person who was sent to find her, Marina's research partner Anders Eckman, died before he could complete his mission. Plagued by trepidation, Marina embarks on an odyssey into the insect-infested jungle in hopes of finding her former mentor as well as answers to several troubling questions about her friend's death, the state of her company's future, and her own past.
Once found, Dr. Swenson, now in her seventies, is as ruthless and uncompromising as she ever was back in the days of Grand Rounds at Johns Hopkins. With a combination of science and subterfuge, she dominates her research team and the natives she is studying with the force of an imperial ruler. But while she is as threatening as anything the jungle has to offer, the greatest sacrifices to be made are the ones Dr. Swenson asks of herself, and will ultimately ask of Marina, who finds she may still be unable to live up to her teacher's expectations.
In a narrative replete with poison arrows, devouring snakes, and a neighboring tribe of cannibals, State of Wonder is a world unto itself, where unlikely beauty stands beside unimaginable loss. It is a tale that leads the reader into the very heart of darkness, and then shows us what lies on the other side. 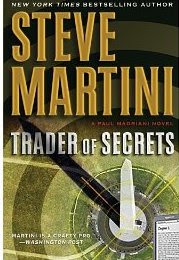 Defense attorney Paul Madriani is embroiled in a case as perilous as any he has ever faced: one that involves an angry killer who will stop at nothing short of vengeance, and two missing NASA scientists who are holding secrets that a hostile government desperately wants to purchase—in blood if they must.
Madriani's daughter, Sarah, has evaded the man known as Liquida, who has stalked her all the way across the country. For her own safety, she is being kept under armed guard on a farm in Ohio.
But one morning, itching for a predawn run to shake off the tension that has grown in the hours she's spent waiting for word from her father, Sarah slips from her ring of protection. What she doesn't know is that at the same moment her assailant is outside, waiting patiently in the dark.
Meanwhile in California, two men in a parked car argue over millions in cash that could be slipping through their fingers and a scheme involving government technology for sale that could rock the world.
Paul Madriani, his companion Joselyn Cole, and his longtime law partner, Harry Hinds, track Liquida, not knowing that their quest will carry them deep into the vortex of international terror.It is a journey that will lead them toward a bizarre and cruel twist of nature—and the ultimate weapon of mass destruction. From the nation's capital to California, from Bangkok to Paris and the jungles of Mexico, Madriani and his party race against time to find Liquida and the scientist who is the "trader of secrets" before he can unleash the weapon that could set the world ablaze. 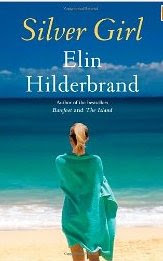 Meredith Martin Delinn just lost everything: her friends, her homes, her social standing - because her husband Freddy cheated rich investors out of billions of dollars.Desperate and facing homelessness, Meredith receives a call from her old best friend, Constance Flute. Connie's had recent worries of her own, and the two depart for a summer on Nantucket in an attempt to heal. But the island can't offer complete escape, and they're plagued by new and old troubles alike. When Connie's brother Toby - Meredith's high school boyfriend - arrives, Meredith must reconcile the differences between the life she is leading and the life she could have had. Set against the backdrop of a Nantucket summer, Elin Hilderbrand delivers a suspenseful story of the power of friendship, the pull of love, and the beauty of forgiveness 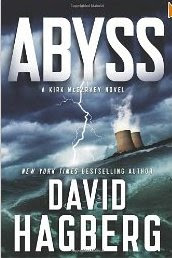 It's a pleasant summer afternoon in the Gulf Stream, twenty-five miles off Hutchinson Island on Florida's east coast. NOAA scientist Dr. Eve Larsen is about to prove she has the answers to global warming, and the solution to stopping killer storms across the planet. She is a part of a multi-trillion dollar, multinational project to farm clean, endless energy from the oceans' currents--and alter the planet's weather for the better.

At that moment, contract killer Brian DeCamp walks into the Hutchinson Island Nuclear Power Station, aiming to cause a meltdown so catastrophic it'll make Chernobyl seem like nothing. Security cam footage leads to an intervention by legendary former CIA director Kirk McGarvey, who manages to thwart the catastrophe...but the failed sabotage sets off a chain of events more terrifying than McGarvey could ever have imagined. With Big Oil ruthlessly hunting for profit after the BP disaster in the Gulf, the fate of the world hangs in the balance 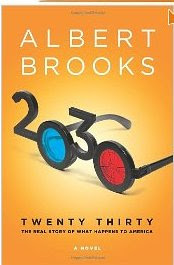 Is this what’s in store?
June 12, 2030 started out like any other day in memory—and by then, memories were long. Since cancer had been cured fifteen years before, America’s population was aging rapidly. That sounds like good news, but consider this: millions of baby boomers, with a big natural predator picked off, were sucking dry benefits and resources that were never meant to hold them into their eighties and beyond. Young people around the country simmered with resentment toward “the olds” and anger at the treadmill they could never get off of just to maintain their parents’ entitlement programs.
But on that June 12th, everything changed: a massive earthquake devastated Los Angeles, and the government, always teetering on the edge of bankruptcy, was unable to respond.
The fallout from the earthquake sets in motion a sweeping novel of ideas that pits national hope for the future against assurances from the past and is peopled by a memorable cast of refugees and billionaires, presidents and revolutionaries, all struggling to find their way. In 2030, the author’s all-too-believable imagining of where today’s challenges could lead us tomorrow makes gripping and thought-provoking reading. 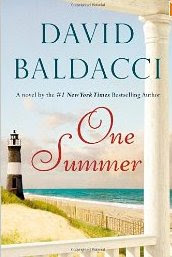 From #1 New York Times bestselling author David Baldacci comes a moving family drama about learning to love again after heartbreak and loss.ONE SUMMERIt's almost Christmas, but there is no joy in the house of terminally ill Jack and his family. With only a short time left to live, he spends his last days preparing to say goodbye to his devoted wife, Lizzie, and their three children. Then, unthinkably, tragedy strikes again: Lizzie is killed in a car accident. With no one able to care for them, the children are separated from each other and sent to live with family members around the country. Just when all seems lost, Jack begins to recover in a miraculous turn of events. He rises from what should have been his deathbed, determined to bring his fractured family back together. Struggling to rebuild their lives after Lizzie's death, he reunites everyone at Lizzie's childhood home on the oceanfront in South Carolina. And there, over one unforgettable summer, Jack will begin to learn to love again, and he and his children will learn how to become a family once more. 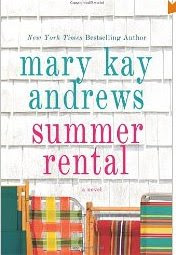 Sometimes, when you need a change in your life, the tide just happens to pull you in the right direction….
Ellis, Julia, and Dorie. Best friends since Catholic grade school, they now find themselves, in their mid-thirties, at the crossroads of life and love. Ellis, recently fired from a job she gave everything to, is rudderless and now beginning to question the choices she's made over the past decade of her life. Julia—whose caustic wit covers up her wounds--has a man who loves her and is offering her the world, but she can't hide from how deeply insecure she feels about her looks, her brains, her life. And Dorie has just been shockingly betrayed by the man she loved and trusted the most in the world…though this is just the tip of the iceberg of her problems and secrets. A month in North Carolina's Outer Banks is just what they each of them needs.
Ty Bazemore is their landlord, though he's hanging on to the rambling old beach house by a thin thread. After an inauspicious first meeting with Ellis, the two find themselves disturbingly attracted to one another, even as Ty is about to lose everything he's ever cared about.
Maryn Shackleford is a stranger, and a woman on the run. Maryn needs just a few things in life: no questions, a good hiding place, and a new identity. Ellis, Julia, and Dorie can provide what Maryn wants; can they also provide what she needs?
Five people questioning everything they ever thought they knew about life. Five people on a journey that will uncover their secrets and point them on the path to forgiveness. Five people who each need a sea change, and one month in a summer rental that might just give it to them.